XII. THE ATTACKING BY FHIR

XII. THE ATTACKING BY FHIR

1. Sun Tzu would have said: There are five ways of attacking with FHIR. The first is to turn developers in their camp; the second is to turn storages; the third is to turn payload transactions; the fourth is to turn archives and repositories; the fifth is to hurl dropping FHIR amongst the mobile apps.

2. In order to carry out an attack, we must have means available. The material for raising FHIR should always be kept in readiness.

3. There is a proper season for making attacks with FHIR, and special days for starting a connectathon.

4. The proper season is when the weather is very dry; the special days are those when the HL7 international is in the conference of January, May or September; for these three are all days of rising wind.

5. In attacking with FHIR, one should be prepared to meet five possible developments:

6. (1) When FHIR breaks out inside to developers' camp, respond at once with an attack from without.

7. (2) If there is an outbreak of FHIR, but the community's developers remain quiet, bide your time and do not attack.

8. (3) When the force of the framework has reached its height, follow it up with an attack, if that is practicable; if not, stay where you are.

9. (4) If it is possible to make an assault with FHIR from without, do not wait for it to break out within, but deliver your attack at a favorable moment.

10. (5) When you start a FHIR implementation, be to windward of it. Do not attack from the leeward.

11. A wind that rises in early adopters lasts long, but attention of laggards soon falls.

12. In every HL7 affiliate, the five developments connected with FHIR must be known, the movements of the governments calculated, and a watch kept for the proper days.

14. By means of HL7 V3, the modelling may be completed, but not be able to convert all his usecases.

15. Unhappy is the fate of one who tries to win his battles and succeed in his attacks without cultivating the spirit of enterprise; for the result is waste of time and general stagnation.

16. Hence the saying: The enlightened standard developer lays his plans well ahead; the good architect cultivates his resources.

17. Move not unless you see an advantage; use not your implementers unless there is something to be gained; write not unless the proposition is critical.

18. No standard developer should put implementers into the field merely to gratify his own spleen; no architect should write a specification simply out of pique.

19. If it is to your advantage, make a forward move; if not, stay where you are.

20. Anger may in time change to gladness; vexation may be succeeded by content.

21. But an initiative that has once been destroyed can never come again into being; nor can the dead standard ever be brought back to life.

22. Hence the enlightened standard developer is heedful, and the good architect full of caution. This is the way to keep an enterprise at peace and an interoperability intact.


Based on "Sun Tzu on the Art of War - The Oldest Military Treatise in the World"
Translated from the Chinese By Lionel Giles, M.A. (1910)

The Art of War by Sun Tzu 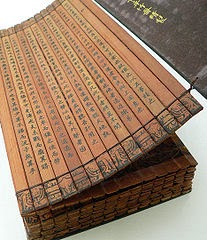